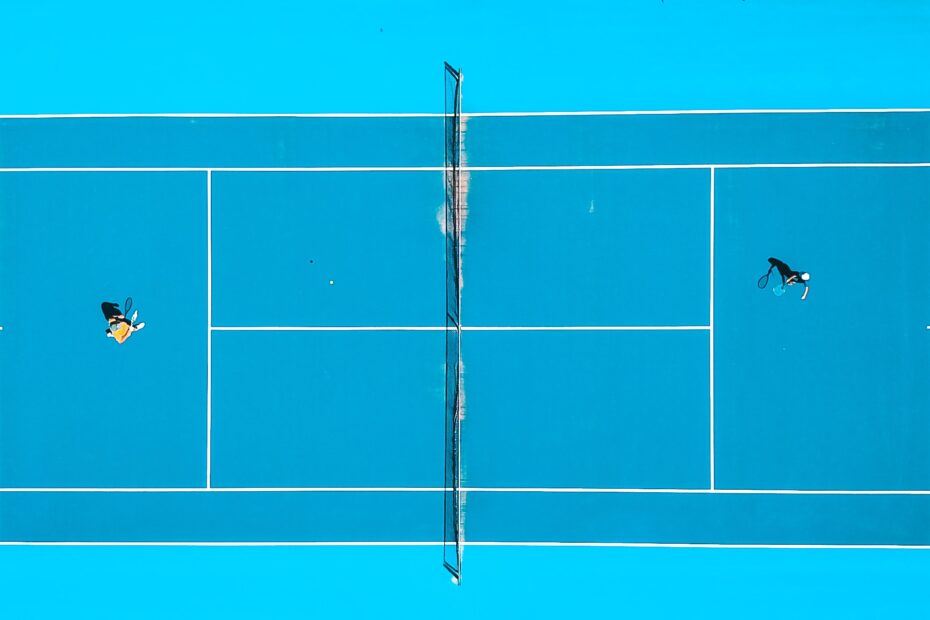 Although many tournament tennis players treat the mental game as secondary to their physical condition and stroke production, winning at competitive tennis requires a mental game that is at least equal to your skill with a racquet and your physical prowess and conditioning.

Some approach the mental game as though it were a strategy you employ when you get out onto the court. The mental game in tennis is much more than the strategy you use to win points, and one of the key elements of a mental game that will win you matches is establishing early control of a match.

Mental Game Begins Before the Match

The mental game actually begins before you step onto the court. From the time you arrive at the tournament site you should be playing the mental game. A confident stride to the tournament desk, as though the site is yours and you know precisely what your business is there, sends messages to any who are observing you. There is nothing that inspires a lack of confidence in others more than your own confidence.

When you step up to the tournament desk, do so with calm assurance and a business-like attitude. If the opportunity presents itself, bring a little humor with you to the tournament desk. If you can manage to do both, those who are watching will know that you are there to take care of business and you also are relaxed enough to joke. Don’t forget who controls when you play and on which court: the individuals at the tournament desk do. The benefit of contributing a little laughter to their busy day should not be overlooked as an important part of the mental game.

Although many players don’t realize this, the rules of tennis state that you should toss (spin racquet) for serve prior to warm-up so that you can choose which side on which to play your first game. If you win the toss, choose to receive and start heading toward the side that would be least difficult for the server. That way your opponent will be serving on the more difficult side, increasing your chances of getting a break of serve in the first game. If you have a smart opponent, he/she won’t allow you to choose the easier serving side. There’s no need to worry about that, because your first service game will be on the easier side as well, and you still have an opportunity for the first break. If your opponent isn’t very savvy and says nothing, then you are in really good shape for a break.

Secondly, and more importantly, having your opponent serve first gives you a great change for an early break. Players are generally nervous at the beginning of a match, and double-faults and unforced errors are often a product of nerves. Early match jitters can provide you with some free points toward that first break. If you get a break of serve it is a confidence boost for you and a demoralizer for your opponent. Your opponent will already have something negative to think about and is likely to press to break your serve. If you hold serve you are up 2-0 and more pressure is placed on your opponent to hold serve. If you lose your serve after getting the first break, you are just where you were when the match started: on serve. Even if your opponent holds serve and you are broken in the second game, you are only down one break with plenty of time to recover.

Choose the Beneficial Side of the Court

If your opponent wins the toss and chooses to receive, choose the side that you believe will present you with the best opportunity to hold serve (with the wind and away from the sun). If you are not supremely confident in the effectiveness of your second serve, serve your first serve of the match at three-quarter speed and go for placement more than pace. You do not want to face a second serve on the very first point allowing your opponent to start on the offensive. If you are very confident on serve, and are relaxed at the start, then go for an ace to let your opponent know that he/she is in for a rough day.

The tips above are only a beginning, but they should help you realize that the mental element of the game is every bit as important as the physical component in playing winning tennis. The moments before a match begins and during the first two games can set the tone for the entire match. Use the above pre- and early-match strategy for the winning edge in the mental game.